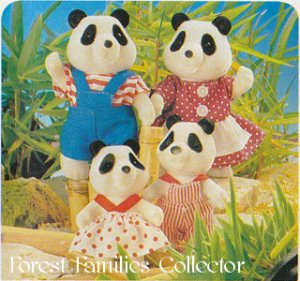 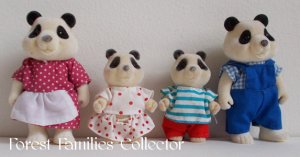 The Panda Family consists of the basic parents and children set. They are white with black nose and ears and black patterns around their eyes. Adults are about 9 cm tall and children about 6 cm. 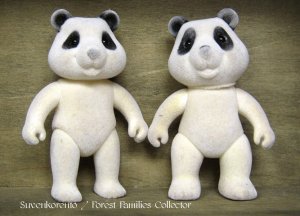 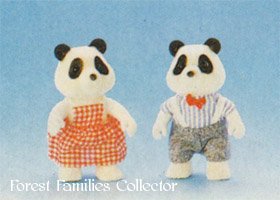 It is not known when the Panda Family was issued since it doesn't appear on the back picture of the FF boxes with the other families. They have been published also in the "early" sturdy body mould and this may lead to assume that they have been released quite early in the production of FF even if they don't appear in the pictures on packages. 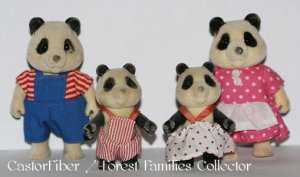 The panda children exist in a colour variation where their arms and legs are black resembling more an actual panda bear's colouring. This variation doesn't exist on the adult pandas.